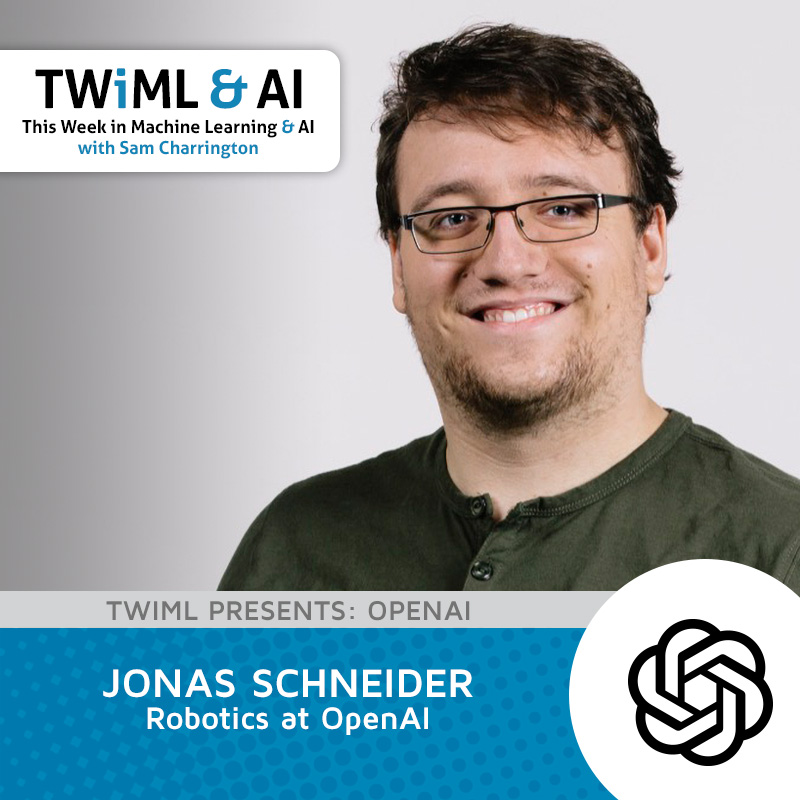 Robotics at OpenAI with Jonas Schneider

The show is part of a series that I’m really excited about, in part because I’ve been working to bring them to you for quite a while now. The focus of the series is a sampling of the interesting work being done over at OpenAI, the independent AI research lab founded by Elon Musk, Sam Altman and others. In this show I’m joined by Jonas Schneider, Robotics Technical Team Lead at OpenAI. While in San Francisco a few months ago, I spent some time with Jonas at the OpenAI office, during which we covered a lot of interesting ground around OpenAI’s work in robotics.

We discuss OpenAI Gym, which was the first project he worked on at OpenAI, as well as how they approach setting up the infrastructure for their experimental work, including how they’ve set up a Robots-as-a-Service environment for their researchers and how they use the open source Kubernetes project to manage their compute environment. Check it out and let us know what you think!

Thanks to our Sponsor

Support for this OpenAI Series is brought to you by our friends at NVIDIA, a company which is also a supporter of OpenAI itself. If you’re listening to this podcast, you already know about NVIDIA and all the great things they’re doing to support advancements in AI research and practice. What you may not know is that the company has a significant presence at the NIPS conference going on this week in Long Beach California, including four accepted papers. To learn more about the NVIDIA presence at NIPS head on over to twimlai.com/nvidia, and be sure to visit them at the conference.

The details of our next TWIML Online Meetup have been posted! On Wednesday, December 13th, at 3pm Pacific Time, we will be joined by Bruno Gonçalves, who will be presenting the paper “Understanding Deep Learning Requires Rethinking Generalization”. If you’re already registered for the meetup, you should have already received an invitation with all the details. If you still need to register for the meetup, head over to twimlai.com/meetup to do so. We hope to see you there!