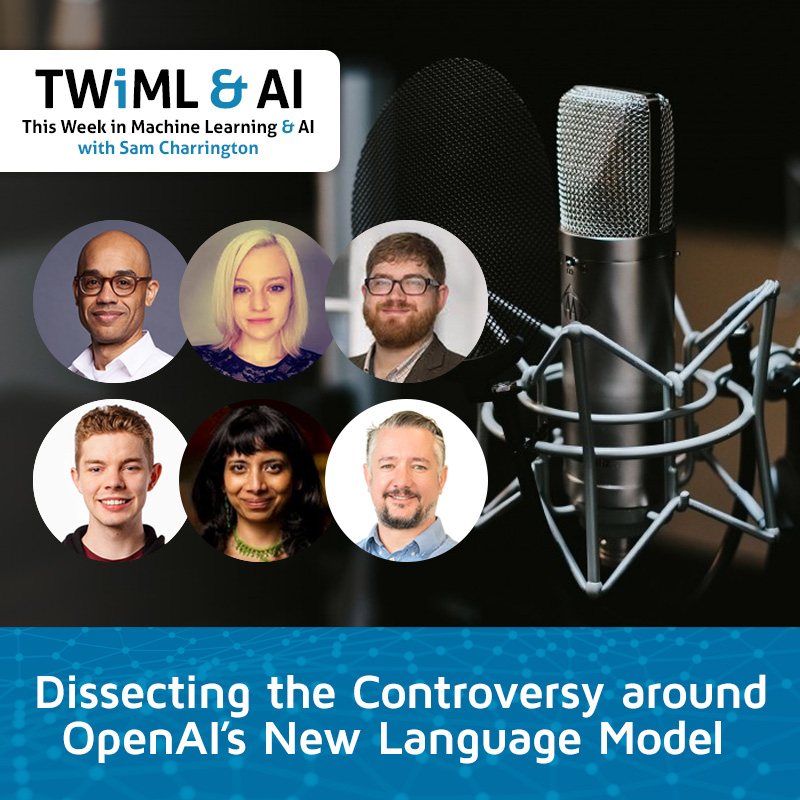 You’ve likely seen some of the press coverage and discussion surrounding the release, or lack thereof, of OpenAI’s new GPT-2 Language Model. The announcement caused quite a stir, with reactions spanning confusion, frustration, concern, and many points in between. Several days later, many open questions remained about the model and the way the release was handled.

In light of continued robust discourse on the topic, we hosted the first ever TWIML Live session earlier this week—a live-streamed panel discussion exploring the issues surrounding the GPT-2 announcement with more nuance than Twitter’s 280 characters allow. The panel included both OpenAI representatives and outspoken critics of their handling of the announcement.

Watch the replay above to learn:

A couple of questions for you… First, if you’ve been following the discussion around OpenAI’s new model, what do you think? And second, if you caught our inaugural TWIML Live session, what did you think about that? Would you like to see us organize more of these types of discussions? If so, what topics would you like us to explore?

Let us know in the comments!

Subscribe to the TWIML Newsletter to receive articles and other news to your inbox!