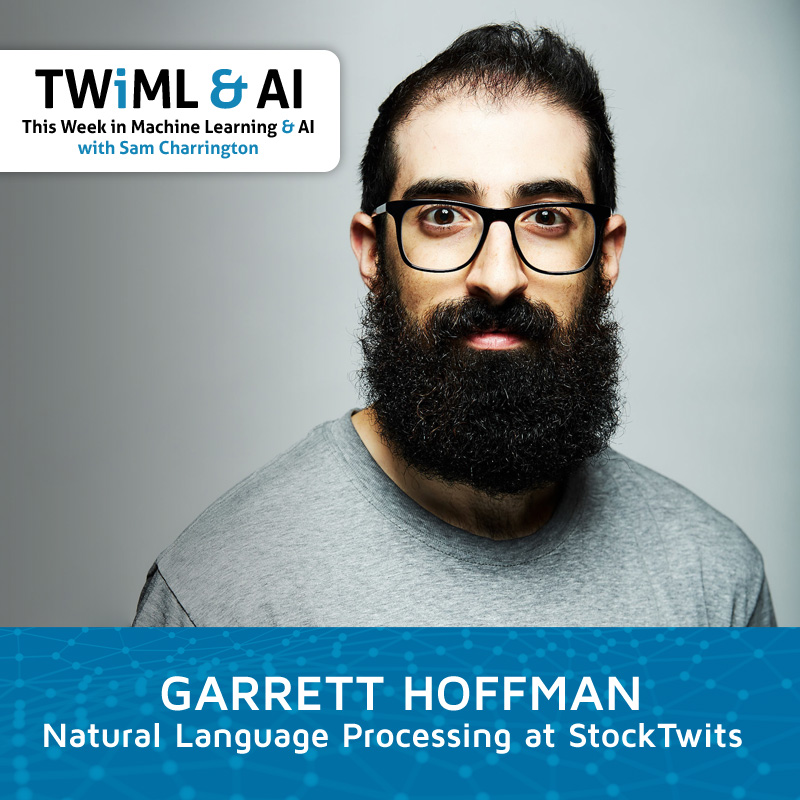 In this episode, we’re joined by Garrett Hoffman, Director of Data Science at Stocktwits.

Garrett and I caught up at last month’s Strata Data conference, where he presented a tutorial on “Deep Learning Methods for NLP with Emphasis on Financial Services.” Stocktwits is a social network for the investing community which has its roots in the use of the $cashtag on Twitter. In our conversation, we discuss applications such as Stocktwits’ own use of “social sentiment graphs” built on multilayer LSTM networks to gauge community sentiment about certain stocks in real time, as well as the more general use of natural language processing for generating trading ideas.

Thanks to our Sponsor!

I’d like to send a huge thanks to our friends at IBM for their sponsorship of this episode. Are you interested in exploring code patterns leveraging multiple technologies, including ML and AI? Then check out IBM Developer. With more than 100 open source programs, a library of knowledge resources, developer advocates ready to help, and a global community of developers, what in the world will you create? Dive in at ibm.biz/mlaipodcast, and be sure to let them know that TWIML sent you!