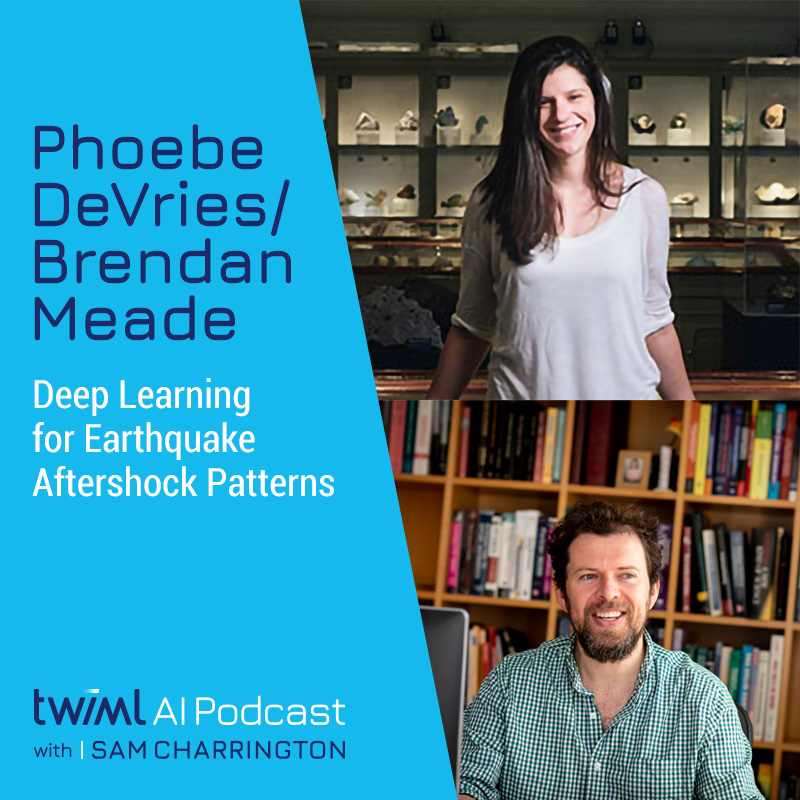 Phoebe and Brendan’s work is focused on discovering as much as possible about earthquakes before they happen, and by measuring how the earth’s surface moves, predicting future movement location. In this episode, we discuss their recent paper, ‘Deep learning of aftershock patterns following large earthquakes’, and the preliminary steps that guided them to using machine learning in the earth sciences.

It all started with the 2.5 million CPU hours it took high-performance computing to explain the delayed triggering of a small number of earthquakes. This unsurprisingly motivated the team to train a neural network to emulate the HPC code at a much faster rate. Fast forward to today, Phoebe and Brendan’s current research involves calculating stress changes in the crust and upper mantle after a large earthquake and using a neural network to map those changes to predict aftershock locations. We delve into the complex systems that encompass earth science studies, including the approaches, challenges, surprises, and results that come with incorporating machine learning models and data sets into a new field of study.

Last week, after we published this episode, it came to our attention that some questions have been raised about the research methodology used in the paper. Thank you to Rajiv Shah, a long-time listener, and friend of the show, who initially raised the concerns. The issue has been covered in numerous articles, which are linked below. Sorry, we missed this before publishing. -Team TWIML