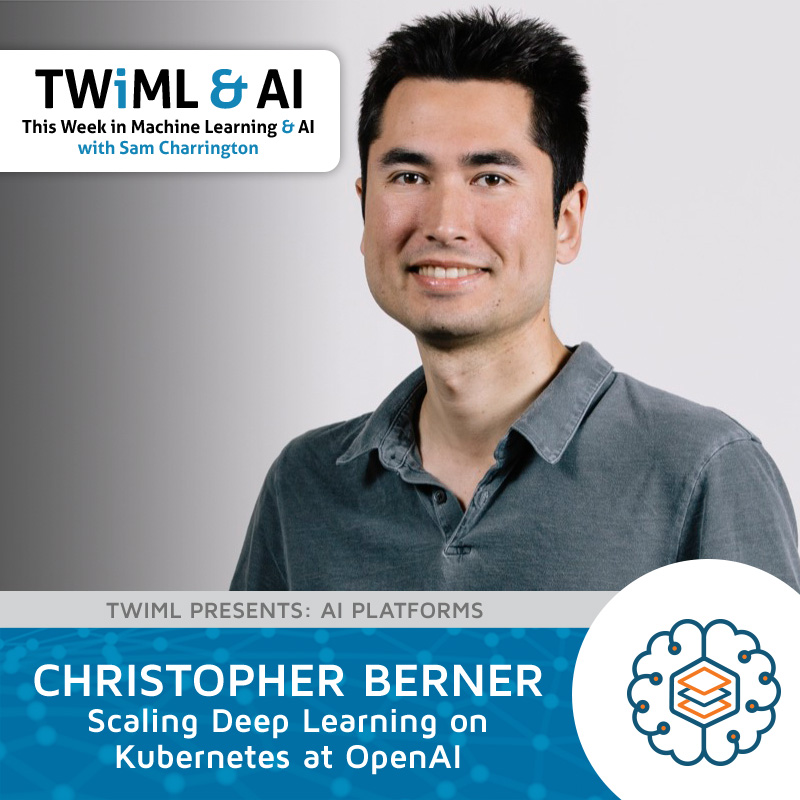 Scaling Deep Learning on Kubernetes at OpenAI with Christopher Berner

In this episode of our AI Platforms series we’re joined by OpenAI’s Head of Infrastructure, Christopher Berner.

Chris has played a key role in overhauling OpenAI’s deep learning infrastructure of the course of his two years with the company. In our conversation, we discuss the evolution of OpenAI’s deep learning platform, the core principles which have guided that evolution, and its current architecture. We dig deep into their use of Kubernetes and discuss various ecosystem players and projects that support running deep learning at scale on the open source project.