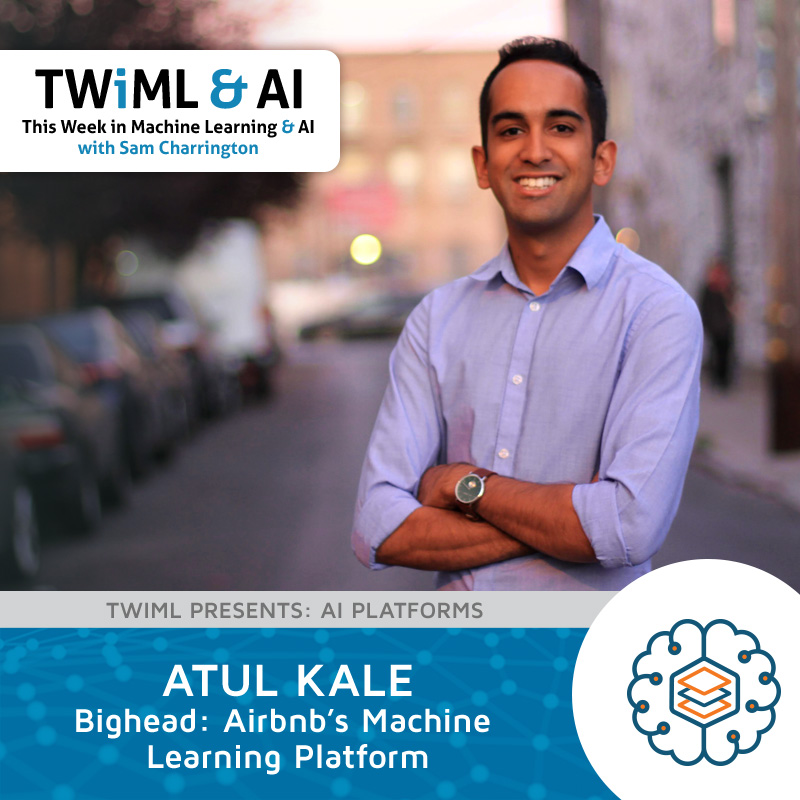 In this episode of our AI Platforms series, we’re joined by Atul Kale, Engineering Manager on the machine learning infrastructure team at Airbnb.

Atul and I met at the Strata Data conference a while back to discuss Airbnb’s internal machine learning platform, Bighead. In our conversation, Atul outlines the ML lifecycle at Airbnb and how the various components of Bighead support it. We then dig into the major components of Bighead, which include Redspot, their supercharged Jupyter notebook service, Deep Thought, their real-time inference environment, Zipline, their data management platform, and quite a few others. We also take a look at some of Atul’s best practices for scaling machine learning, and discuss a special announcement that Atul and his team made at Strata.