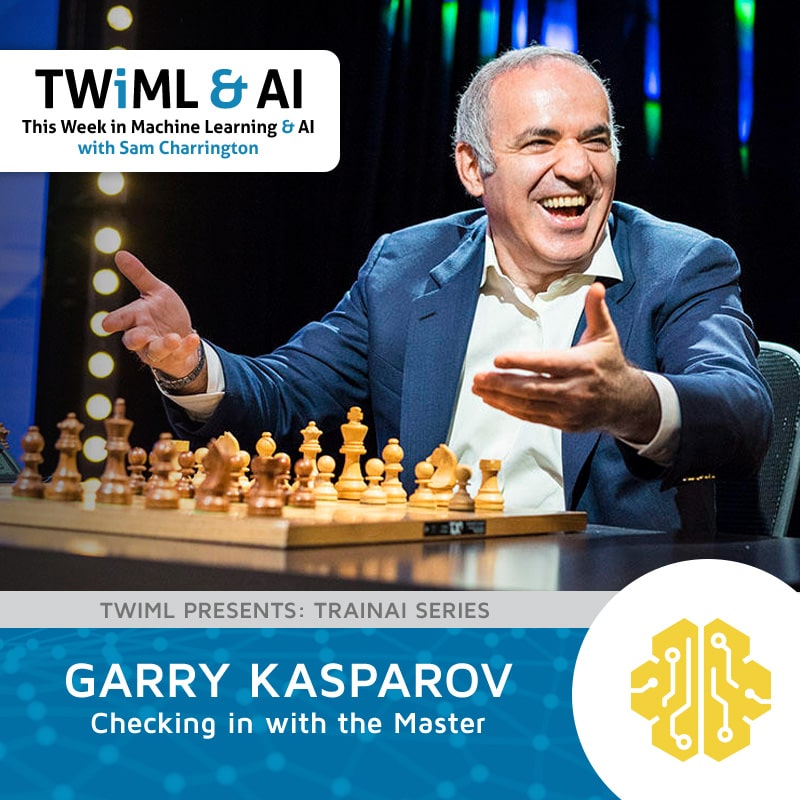 Checking in with the Master with Garry Kasparov

In this episode I’m joined by legendary chess champion, author, and fellow at the Oxford Martin School, Garry Kasparov.

Garry and I sat down after his keynote at the Figure Eight Train AI conference in San Francisco last week. Garry and I discuss his bouts with the chess-playing computer Deep Blue–which became the first computer system to defeat a reigning world champion in their 1997 rematch–and how that experience has helped shaped his thinking on artificially intelligent systems. We explore his perspective on the evolution of AI, the ways in which chess and Deep Blue differ from Go and Alpha Go, and the significance of DeepMind’s Alpha Go Zero. We also talk through his views on the relationship between humans and machines, and how he expects it to change over time.

Thanks to our sponsor!

I’d like to send a shoutout to our friends over at Figure Eight for their continued support of the show, and their sponsorship of this week’s series which all took place at Train AI. Figure Eight is the essential Human-in-the-Loop AI platform for data science and machine learning teams. The Figure Eight software platform trains, tests, and tunes machine learning models to make AI work in the real world. Learn more at www.figure-eight.com.

I’ll be working through the Fast AI Practical Deep Learning for Coders course starting in June and in turn, I’m organizing a study and support group via the Meetup. This is a great course and Fast.ai co-founder Jeremy Howard encouraged our group on twitter noting that groups that take the course together have a higher success rate, so let’s do this!

Three simple steps to join:
1. Sign up for the Meetup, noting fast.ai in the “What you hope to learn” box
2. Using the email invitation you’ll receive to join our Slack group, and
3. Once you’re there joining the #fast_ai channel.

A few weeks ago, at the TWIML AI Summit, I spoke with a listener who shared some interesting ways that his business, a world-leading energy company, has directly benefited from what he’s learned on the podcast. It’s been incredibly exciting to hear stories like this from listeners. To celebrate our second anniversary, We’d really like to hear from you about ways that the podcast has helped you at work or in school or transitioning between the two, how it’s helped you find or connect to resources you’ve found valuable, or educated you about something new.