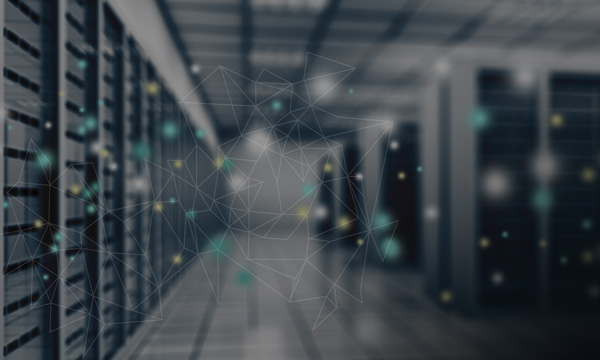 This post is an excerpt from the August 12, 2016 edition of the This Week in Machine Learning & AI podcast. You can listen or subscribe to the podcast below.

First of all, for those not familiar with the company, Nervana, spelled N-E-R-vana, is a two year old company developing software, hardware and cloud services for deep learning. The company was originally founded to build hardware for speeding up deep learning, and it’s this focus that made it so attractive to Intel. The company’s first hardware product, due next year, is a custom deep learning chip called the Nervana Engine. The ASIC chip is similar in focus to the Google Tensor Processing Unit or TPU which we highlighted in the very first episode of This Week in Machine Learning & AI back in May.

The company has also released a software product called Neon, and operates the Nervana Cloud.

Neon is an open source deep learning framework like TensorFlow, Caffe or Theano. Relative to those others, which you hear about here on the show pretty much every week, Neon is known for being particularly fast, especially on NVIDIA GPUs. This is due to some clever optimization work the team did with the GPU firmware. Neon doesn’t have quite the popularity of some of these other frameworks, in part because it was initially a proprietary product, only recently open sourced back in May.

The company’s cloud offering is tuned for running deep learning, and will eventually incorporate the company’s own chips.

This is a great deal for the company’s founders and investors. With $24.4 million in funding to date, and a price reported to be as high as $408 million, Nervana returned nearly 17x to investors, which is home run territory for most VCs.

At the same time, if you’ll allow me to Monday Morning Quarterback, I’m a little surprised that they’ve decided to sell so early in the game. The company is extremely well positioned in really two hot spaces, deep learning and cloud, and the team has only been at it for a couple of years. Projecting out a couple of years, it’s easy to see Nervana with a billion dollar valuation, assuming they continued to execute.

This makes me wonder what the team saw in the market that said that now was the time to sell. Of course, it’s certainly the case that Intel brings a lot more to the table here than cash. The company obviously has vast resources and expertise in the chip-making arena and they could certainly help accelerate Nervana’s plans.

It’s also the case though that the company faces stiff and growing competition. Google for example, offers everything Nervana does. Google’s TensorFlow, released about 8 months ago, is by most measures the most popular deep learning framework. (You’ll recall we discussed Francois Chollet’s analysis of the landscape back on the July 15 show.) Google also sees TensorFlow as becoming an on-ramp to the Google Compute Platform. And GCP has TPUs, which I just mentioned and which the company announced back in May.

So perhaps the Nervana team and investors looked at the long slog ahead and decided to take the money off the table.

I do wonder if the lack of an upside in terms of options makes hiring top talent more difficult for the company.

So that’s the Nervana side of things, what about Intel’s side? Well, while this is a pretty small acquisition for Intel, I think it’s a smart move on their part. That’s because, despite numerous investments in the space, as recently as their investment in Nervana competitor CognitiveScale last week, Intel has been struggling to tell a story around machine and deep learning. The problem they’re facing is that NVIDIA is eating their lunch when it comes to chips for deep learning applications.

In fact, NVIDIA also made news this week when they announced record revenues and a more aggressive sales outlook. The reason for the improved outlook? Quoting CEO Jen-Hsun Huang: “One particular dynamic sticks out, and it’s a very significant growth driver of where we have an extraordinary position in and it’s deep learning,” Huang told analysts in a conference call that lasted almost 80 minutes. “The last five years, we’ve quietly invested in deep learning because we believe that the future of deep learning is so impactful to the entire software industry, the entire computer industry that we, if you will, pushed it all in.”

NVIDIA’s lead in deep learning has been a sore spot for Intel of late, to the point that several articles commented on interviews with company data center chief Diane Bryant where she became ruffled at the mention of Intel’s lack of presence in the machine learning market.

Now, Intel and Diane are quick to shrug this off, since machine learning is a relatively nascent market. According to the MIT Technology Review, market research firm Tractica pegs the market for AI-related chips at under 1 billion, growing to 2.4 billion in 2024, a small figure compared to Intel’s 2015 revenue of $56 billion. But Intel missed the boat on mobile and PC chip sales are declining, and there’s weakness in data center and IoT revenue growth as well. So while machine learning and AI are an emerging market just at the beginning of the growth cycle, Intel can’t afford to sit this one out.

This deal gives them a much needed story around deep learning and if the companies are able to execute, a foot in the door of this nascent market.

Moving forward, this poses some of the same challenges I mentioned in the context of Apple/Turi, namely executive focus, but I also think this plays to several of Intel’s strengths. In particular, while I’ve seen the company struggle trying to independently build and sell enterprise software, the company does a good job of building and selling through reference architectures. If Nervana ultimately becomes a reference for how to build out a deep learning cloud using new and traditional Intel hardware combined with open source software, this could drive significant future adoption for them and begin to turn the tide.

There are also a good number of possible tie-ins to take advantage of here. One is with Intel’s open source project, the Trusted Analytics Platform. Also, Intel has a significant stake in big data company Cloudera and cloud builder Mirantis. This is getting a bit ahead of ourselves, sure, but there could be some pretty interesting collaborations between these projects and companies over time.