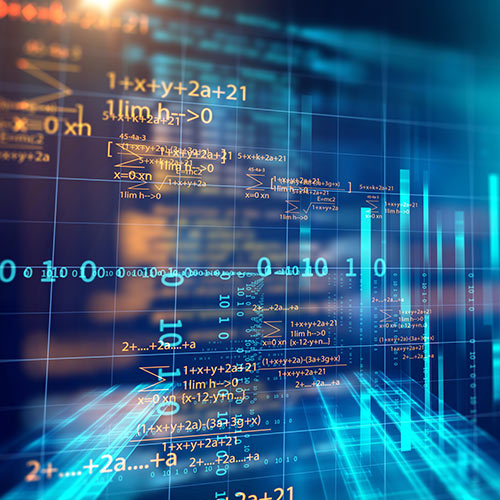 A quick note: While they’re still early in their ML/AI journey, Stack Overflow is a company that is well-known and beloved in technical communities, and often one of the first places we look to solve problems big or small. For that reason I’m excited to share the conversation with you. That said, if you’re looking for an in-depth technical analysis, you might want to skip this one.

Back to the Basics: Introducing Stack Overflow & Prashanth Chandraseka

Stack Overflow was founded in 2008, and has been growing massively ever since. The site hosts almost 100 million monthly visitors from around the world, who can access 50 million questions, which amounts to 1 TB of publicly accessible data in the form of questions, answers, and comments.

While most people recognize Stack Overflow for its public-facing Q&A site, the company is also developing products to help businesses foster collaboration by using private versions of Stack Overflow-like sites within their organizations.

Prashanth became CEO of Stack Overflow in October 2019. Having spearheaded Rackspace’s pivot from hosting to managing cloud services, Prashanth had firsthand experience in growing a business in this direction quickly.

Impact of COVID at Stack Overflow

Just 6 months after becoming Stack Overflow’s CEO, COVID-19 revolutionized the way the company was run. The impact was mixed.

On the one hand, the widespread transition to a remote workforce increased the number of people coming to Stack Overflow. When Prashant joined the company, there were about 150,000 monthly signups on the public platform, a number which has since increased to the 200,000-250,000 range.

As technology was one of the few sectors whose revenue increased over the pandemic, the transition to remote work actually also allowed for increased adoption of Stack Overflow’s Teams integration and advertising products.

The objective of the Stack Overflow Teams product is to minimize context switching and conserve the energy of technologists. In order to do this, the team created an asynchronous collaboration tool that automates some frequent responses, using common tools like Slack and Microsoft Teams. For example: imagine a new employee asks you where a specific repository is via Slack. The Stack Overflow integration then suggests similar questions and answers that have already been documented. The new employee gets an immediate response, and you don’t have to spend time explaining or tracking down information.

Since technology companies are always looking for quality places to showcase their products, Stack Overflow was the perfect place to reach technical communities. Stack Overflow’s advertising product Reach and Relevance saw a significant increase in advertising revenue during 2020.

Despite these positives, the same negative things that affected the world in 2020 deeply affected the personnel at Stack Overflow. Personal health issues, families that were affected by COVID, and the cultural reckoning around racism and inclusion, made it a challenging time. There were additional challenges, such as having to pivot away from certain products, like a job listing product that was too unpredictable as a steady revenue source.

Stack Overflow was recently acquired by Prosus, a move that Prashanth attributes to the companies’ similar missions and alignment of their long-term goals. While Stack Overflow had been approached many times over the years, Prashanth believed Prosus could help Stack Overflow think big and grow to its full potential in a global, community-oriented way.

“Prosus builds leading consumer internet companies and empowers people and enriches communities.” When you think about that statement, that speaks immediately to the heart and soul of this company.

Stack Overflow has a few principles that guide the way they approach building and managing communities.

1.  Focus on a shared identity.

Their mission is guided by focusing on elements Stack Overflow users share, like a love of problem solving.

2. Create sufficient incentives for people to contribute and participate in the system.

At Stack Overflow, that incentive is helping out your fellow developer, showcasing your knowledge, and being recognized for it.

Prashanth sees it as “common sense” to recognize the community members as equal partners, and the team has built in modes of feedback and collaboration through moderator mechanisms and an email newsletter.

4. Break down silos and build bridges across various communities.

One way Prashanth decided to do this was by hiring Felipe Baudette (formerly of Reddit) as the new VP of Community.

“Ultimately, it’s all about making sure that we’re building thriving communities.”

One distinction Prashanth mentions is that while Stack Overflow is a community space where members share information, it is not a social network. It’s less a matter of sharing opinions, and more a matter of right and wrong answers: either the code will work or it won’t. He reiterates that people appreciate Stack Overflow because it gives them the information they need to solve their problems.

Stack Overflow is relatively early on in their adoption of AI. While there’s a ton of interesting data they have collected (70 TB worth!), they are currently building out a team who will be able to do creative things with it.

One of the most interesting data sources they collect is a developer survey which polls about a hundred thousand people; this past year, 85,000 people responded. While this yearly survey has a lot of great insights, Prashanth would love to be able to generate valuable insights on a more frequent basis.

Prashanth’s favorite finding was that 70% of developers reported they learn a new technology at least once a year. While he knew that developers liked to learn new things, 70% was a much higher number than expected. Prashanth also mentioned that 60% of these developers are learning to code from online resources.

While there is some amount of structured data, the vast majority of what the team collects is unstructured data in the form of Q&A text, comments, and tags. They have also developed a network graph that can track a person’s workflow and help inform how users engage with the platform.

Stack Overflow is currently establishing the groundwork for a machine learning and data science team– with a data lake, training spaces, and other necessities for AI. While they are still early in their journey, there are already two interesting endeavors they’ve created.

One of these projects involves making Stack Overflow a more amenable place for beginners.  A common criticism of Stack Overflow is that it’s a very harsh environment for a new user, as more experienced Stack Overflow users will shoot down novice questions if they see them as “bad”.

The Unfriendly Robot is a bot that scans all the public exchanges and flags inappropriate comments to a question, noting any “unfriendly” language. The team is continuing to evaluate the best way to build a softer “landing zone”, a place where people can onboard in a friendly environment and try out a few things before they actually go and ask that first question.

The other area where ML is being used is in a bot in the Stack Overflow Teams product, the same product that’s integrated with Slack and Microsoft Teams. The bot helps suggest answers to FAQs. When someone asks a question on the Stack Overflow for Teams, the bot can provide the user with a few other questions that sound similar and offer to pull up the answer that was documented previously. This allows for better remote onboarding and less time spent responding to the same questions.

The Future of Stack Overflow

Two of the questions that drive future innovation at Stack Overflow are: How do you improve efficiency and how do you remove context switching? Moving forward, Prashanth hopes to automate parts of the Stack Overflow workflow that make it even easier and more efficient.

Another goal Prashanth has is expanding their US-centric customer base internationally, in partnership with Prosus. Prashanth also hopes to integrate Stack Overflow even more deeply into the technologist workflow, ideally creating “connective tissue” between that public platform and the private teams version, and between Stack Overflow instances and other developer tools like IDEs.

To hear more about what’s going on at Stack Overflow, you can listen to the full episode here!